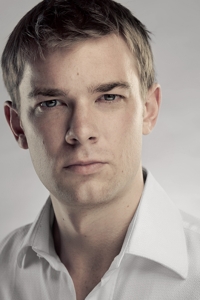 Calum is a versatile conductor who specialises in operatic and choral repertoire. He studied at The University of Manchester and with Simon Halsey, Adrian Partington and Sarah Tenant-Flowers. Calum is the founding Artistic Director of Magnetic Opera, with whom he has conducted The Barber of Seville, Maria Stuarda, La bohème, The Medium and The Marriage of Figaro. Previously, he was Musical Director of Winterbourne Opera (The Elixir of Love, Faust, Die Fledermaus) and Opera’r Ddraig (Acis and Galatea, Così fan tutte, Dido and Aeneas, Orpheus in the Underworld). Alongside his work with Caledonian Voices, Calum is Musical Director of Streatham Choral and Farnham & Bourne Choral Society. He is also Director of Choirs at The University of Nottingham, with whom he travelled to Malaysia in 2016 and directed orchestral performances in Ningbo and Zhejiang, China, in 2017. Previously, Calum has worked with ensembles including St George’s Singers and Ad Solem and has appeared in masterclasses with leading conductors including Richard Bonynge and Eric Whitacre.